Limestone walking from Cameley was reminiscent of the Yorkshire Dales - cropped turf underfoot with the bonus of good stiles and gates and visible paths, . What joy. Yesterday my walking was leaden, today sprightly. Frequently there were huge areas of dandelion seed heads making unusual and attractive displays. Down one country track a tractor came towards me pulling a huge slurry trailer - I was glad I’d covered the ground before he got there.

A problem on these walks is need for a lavvy and sometimes emergency measures come into play but  Farrington Gurney boasted one of the best stocked farm shops I’ve ever seen and also a café bang on coffee time, and the coffee was nine out of ten. I sat at a low table that was actually a working fish tank - quite odd.

I crossed Farrington golf course on  paths shown on the map but not recognised by the club. Perhaps my maps are out of date, anyway after a couple of terse conversations with golfers I came out the other side.

Further on a path ccrossing about ten field boundaries had me anticipating the worst but all was good walking and easy to follow.

At Manor Farm I stopped to look at Emborough church. The farmer’s wife had seen me and came to make sure I was not “champing” a pastime I had not heard about but it seems there are folk who delight in bunking in down in old churches like this. We chatted and then I was invited into the farm house for a cuppa with her and the farmer husband. She gave me a graphic account of her experiences on a hot air balloon trip.

A long climb from the attractive village of Oakhill took me to Beacon Hill. One section of the descent afterwards was perilous down a very steep solidified mud banking for about thirty feet. A couple below watched my tentative and geriatric descent t with some concern which was well justified.

I was booked into the Dusthole in Shepton, so called because in latter days there was a quarry and a flour mill next door. The building is ancient and more or less untouched  I had a good meal of lamb shank and then sticky toffee pudding with a good conversation with the host. He had climbed and walked in his younger days and worked and lived in many parts of the world. His dog Tyson waited on anxiously for the bone from my lamb.

This has been one of the best days walking in the trip with much interest and good going.

I have booked a train ticket back home for Wednesday. It took me an hour and a half signing up for the  app, creating passwords and all the rest but evtuslly only psi £46 compared with the first attempt at well kver £100.

I took abou forty photos today - here are one or two. 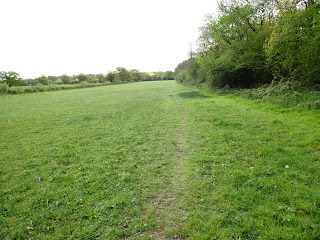 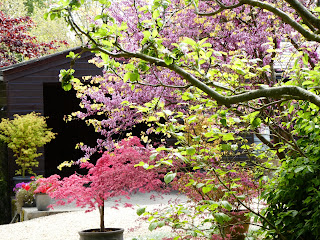 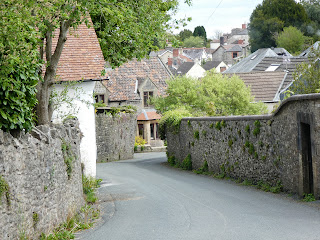 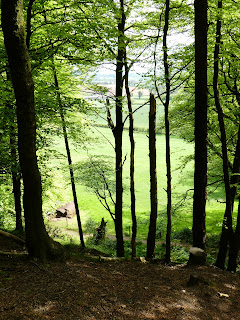