Some of my friends do not wear a watch. I do. I enjoy the exactitude of synchronising with the on-line clock - am I obsessed with time? Well, its apparently exponentially increasing passage becomes more noticeable as one gets older, and I have a guilty feeling if I'm not using it to best advantage.

I rarely need an alarm clock. I have  a digital clock radio on one side of my bed (can be read in the dark, but not in daytime) and a traditional tin analogue clock on the other side (can be read in daylight.) Even though I usually wake up for a specifically needed time I set the iPhone alarm (just in case.) I have a dread of the thing startling me and having awoken anyway I hasten to turn it off before it clamours. These trips to the far reaches of Teesdale start at 6:00 am giving me a leisurely hour to breakfast and depart for 7:00 am. Despite that luxury, today, when I arrived at the lay-by car park near Forest-in-Teesdale I found I had forgotten my wallet with cash and cards. No matter, I had food and ample fuel, but I did  feel vulnerable.

I chatted enthusiastically about fly fishing with a chap parked with a motorhome. He was looking forward to fishing the River Tees for wild brown trout - I used to fly fish myself. He said I could call in for a brew if he was there when I returned, but he was still away as I arrived back five hours later.

An unsurfaced farm track lead downhill from the main road and then irritating footpaths and gates took me to Cronkley Bridge over the Tees - the key to gaining Cronkley Scar. The river is wide and fast flowing here and the bridge is essential.  From now on the walk was bliss. I coincided briefly with the Pennine Way for the second time in a few days and that nostalgia welled up again.  A husband and wife came from the opposite direction walking the the PW. They were eight days out from Edale and camping. They were obviously experienced and seemed to have the smallest packs for backpacking I have seen anywhere. I suppose they have the advantage of sharing; for example one carrying cooking stuff and the other the tent and so on.

A long steady climb on cropped turf, and then a more eroded and rocky path took me onto the plateau of Cronkley Scar. The trig point is well off the main path over rough moorland. From the spot height (547m) marked on the map (small cairn) I could see the trig several hundred metres away. It looked further. Some optical illusion gave it an unfamiliar elongated shape, but when I arrived it was the standard item. I had to work my way round the pretty little tarn and its surrounding marshland. Many black headed gulls were circling above me with a squawking demented racket and casting rapidly fleeting shadows on the ground.

After trekking back to the ridge path I found White Well. Here a stream emerges from under a rock. I wonder at the amount of water retained to continuously feed such a feature when there is only a small amount of rocky land a few feet higher on the summit plateau.

The predominant  rock here is Whin Sill providing an attractive distinctive ambience, and of riveting interest to geologists.*

There is a grand view of upper Teesdale as one drops off the edge of the plateau which is enhanced, for those who know, by the knowledge of Cauldron Snout waterfall hiding round the corner from Falcon Clints.

Once down at the Tees I sat on a boulder for my coffee and sandwich listening to and watching lapwings and curlews, but sadly not in profusion. This short walk, because of its outstanding scenery and favourable weather deserved more than a quick dash and I took longer than usual for my snack break.

The return alongside the Tees was idyllic but as the valley narrowed and the path skirted under the steep slopes of the scar it became quite bouldery and tricky in places, and its close affinity with the edge of the fast flowing river gave it it an added sense of adventure. I often heard the high pitched call of the sandpiper and then managed to get a full zoom shot of one as it flitted onto a rock in the river - they don't stay around long! It was soon off displaying the flashing white trailing edges of its wings to seek the next rock for a quick visit, in more of a hurry than me.

What an excellent walk. 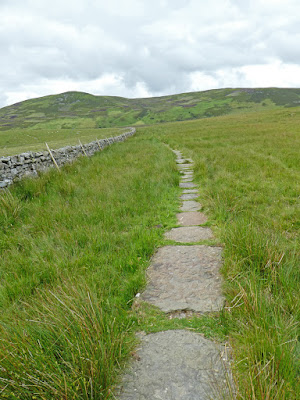 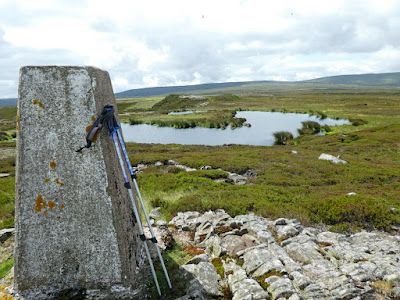 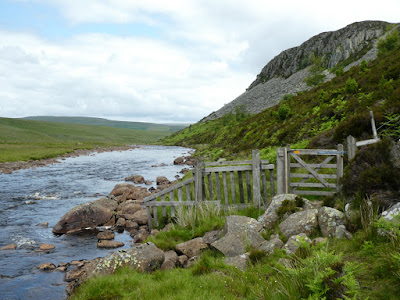 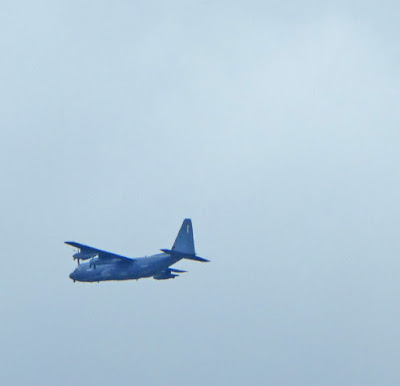