I've just walked up the road from the Tan Hill Inn looking for the bridleway (Green dash line on map below) that starts before an unfenced track (white with dashed edges) both leaving the road to the south-east. There is mo sign of the bridleway even though GPS says I'm spot on, so I go to the track which joins it shortly anyway. At that supposed junction there is still no sign; a bridleway is defined as a path suitable for, and legal for horses, and I was expecting to see something substantial. I consult my compass to see the general direction taking a bearing from the map. The compass tells me it heads north-west, not south-east: opposite to the general direction I expect. I have heard of reverse polarity on a compass but "you never think it will happen to you," well it did to me. 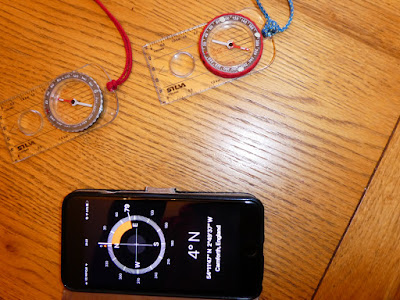 Fortunately I also have a compass on the iPhone, goodness knows how that works but at least it was pointing in the expected direction. That was s good job because I only found traces of a path across rough moorland after quarter of a mile in, and even then it was intermittent and hardly visible on the ground - pity poor horses. Eventually I found the fence line shown on the map which took me to my summit, again on a path that was figment of the map's imagination.

Water Crag is a poor relation to Rogan's Seat so I would not have expected much, but the views were extensive with wild moorland for miles and miles in all directions and hill ranges on most horizons. On the way to the summit Ordnance Survey indicates "pile of stones" - that turned out to be a not insignificant quirky large cairn. Against expectation for this poor relation there was a huge stone shelter thirty yards from the trig worthy of a major Lakeland peak. Having said that Water Crag is over 2000ft. and qualifies as a Nuttall (any summit of 2000ft (610m) or more which rises above its surroundings on all sides by at least 50ft (15m)) in England and Wales) - there are 446 on the list.

Water Crag as such appears before the true summit. It is mentioned in rock climbing web sites as a bouldering venue.You see an escarpment of broken limestone blocks and the rock looks superb, but there is not much of any size, and placing a landing mat may be a problem with the rocky terrain. Most climbers I have been involved with resent a long walk to a crag. I think after three miles of thrashing over thick pathless heather most would be disenchanted. But, bouldering flowered only after I had stopped climbing, and I see it almost as a separate sport- it has many aficionados now, so I may be wrong

Parking at Tan Hill Inn for the start brought back memories.

I plodded on over moorland to The Tan Hill Inn, which I think is supposed to be the highest pub in Britain at 1732ft.

The pub was very busy, even at 9:45am, and when I asked for tea and a bacon  butty I was told to go into the kitchen, make my own tea and plead with the lady in there to make the butty for me. This was all done in a crazy good humoured fashion, and everybody in the place seemed to be quite eccentric. I got everything I wanted, then had more tea and bought some Kit Kats and got somebody to take my picture.

If you want to know more about reverse polarity click on the link below - I was surprised to learn how many everyday items can cause this - beware!

Photos: worth clicking to enlarge 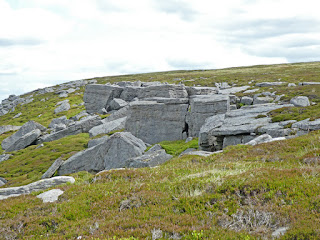 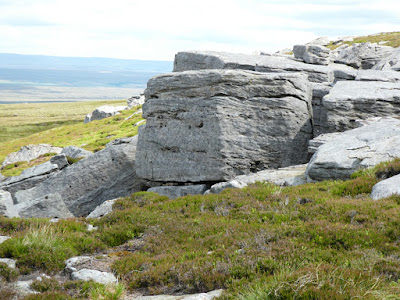 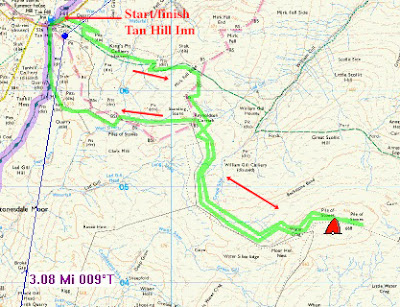