Another breakfast at 7:00 so bit chilly at the start of walking but still only wearing a shirt on top.

The terrain has become more undulating and it is strange when one has been walking on the level for two days the slightest rise is felt out of allproprtio.

Where the Way leaves the road out of Mendsm the OS  1:50 is not precise enough and I trogged across a ploughed field and back again before finding the exit from the road. I should have known because all such points have been well marked so far.

There were many crop field edges but paths were still good. The fields are I me see and often growing turnips. Who needs all those turnips. I wondered how many it would risk to fill an "Olympic sized swimming pool" a vague means of volume measurement often used by lazy writers. Anyway how do you calculate its volume? They usually have sloping bottoms, often shelved. You would need. volume based trigonometry and those dreadful tables with minute print we used st school - the likliehood of error  reading and transferring the long numbers was enough to cause failure in O Levrl maths as was the case with me. I bet not one in s million has had recourse to using those tables since leaving school.Then I wondered if you could get all the turnips in one field in particular into one of those pools snd came to the conclusion "no." I wonder what effect Brexit will have on the turnip market, and as another aside the contractors who install Olympic sized swimming pools?

Towards the end of the day's walk the Way lead across flat fields for quarter of a mile  passing through four new galvanised footpath gates with new footpath signs attached leading to a double bridge arrangement over two unfordsble rivers. The bridges were boarded up with a notice from Norfolk CC saying unsafe. I climbed round onto the first one but the second was broken in half lying in the water and totally beyond any gung ho intentions I may have had. Why on earth didn't they put up a notice earlier? I had to retrace my steps and find a private road through a farm to get onto the main road snd walk the long way round into Bungay.

I was early snd found a café. They had one fruit scone left and only served tea in mugs. I had the last scone - I think it had been the last of a batch made a few days ago. I could hardly bite through the outer crust. After eating part of it I surreptitiously wrapped the rest in a paper serviette and put it in my rucksack.

I am now very comfortable, st great expense, in The Castle Hotrl at Bungay. I took s photo and now see that it was previously called the Whit Lion - I wonder what the poor old lion did to become  disinherited?

I have now found I can't scroll back to the top so earlier typos will have to remain now I'm going to brave trying some photos. One will show a grassy path through fields which characterised quite a bit of the walking. 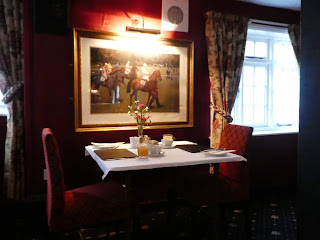 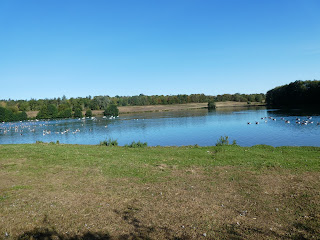 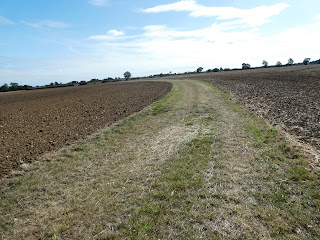 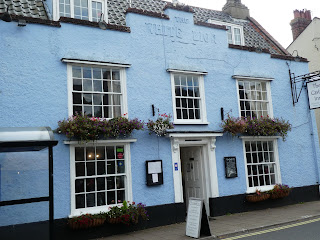