There is something I can't define about my avoidance of walking in the Howgills. I vaguely remember an excursion with Gimmer many years ago - the details have dimmed but my remembered perception is not favourable, although not one of epic drama. I hope Gimmer may elaborate.

I climbed Green Bell and Middleton only because they were part of a trig point campaign.

Years ago I climbed Grains Gill in full winter conditions cutting steps out of the steep exit, and also had a scary time on the adjoining Weasel Gill on rocks near the top on a trip with my old neighbour Dan which was his suggestion.

When I walked The Dales High Way it followed the splendid ridge  across the  middle of the Howgills from Sedbergh to  the A65, so again the prime motivation was not from attraction to these hills, and those are my total visits in what one may say is a lifetime.

When Bowland Climber phoned me to suggest a walk in The Howgills I suggested Carlin Gill. I had read somewhere that this was a worthwhile objective.

The first mile followed the lively beck with ever steepening and enclosing hills on either side and an increasingly rocky path; the surroundings were majestic and a delight. The sides steepened and the path now on the northern side rose high above the beck with an almost vertical drop down to the right and more and more care was needed. We eyed the impressive gash of Black Force. I had read about a party having a scary time on that ascent - it looked as though it would need drier weather or commitment verging on the foolhardy - my photo below does not convey the steepness.

Carlin Gill ends with a dramatic waterfall and there is no defined exit from this cul-de-sac. BC had Wainwright's guide and his suggestion were vague. From everything I have read about Wainwright he tended to faint heart on airy and exposed situations; I am surprised that he managed to climb out of this place. It took us some time to weigh up the options before I set off first on the northern side. Within twenty feet I found myself on very steep grass mingled with moss which turned into a slimy slippery mess when footholds were attempted and I got myself to a point of gibbering no-return. By then BC had arrived, and with his assistance and encouragement I managed to reverse and follow him up less mossy very steep grass (I don't often use the word very but it applied here.) For me that was a pretty scary ascent - halfway I strapped my poles to my rucksack so that I could dig into the grass with both hands until we arrived at patches of heather which provide much better handholds. We traversed off to the right and fortuitously arrive on the exact contour to pick up the path leading to the col between Docker Knott and Over Sale involving a long and arduous ascent, but with ever increasing extensive views on this perfect sunny day.

One might have thought that once onto the ridge it would be easy going, but there were still less than trifling ups and downs taking us over Breaks Head and Fell Head then a long descent with several steep sections back to the car.

Our route only measured 5.4 miles, but it was more strenuous than anything I have done recently and coupled with the nervous energy expended on the ascent out of Carlin Gill I felt as though the distance had been a lot more, but what a fabulous and memorable day. 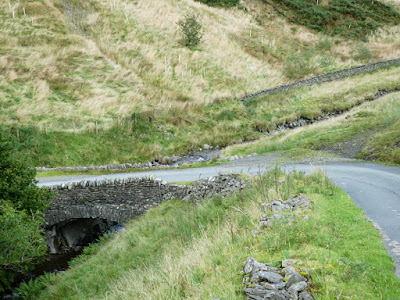 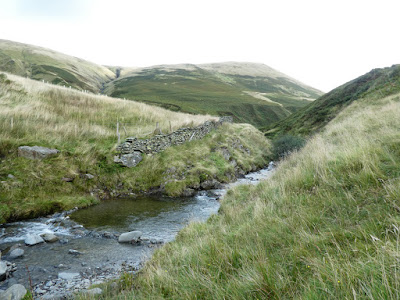 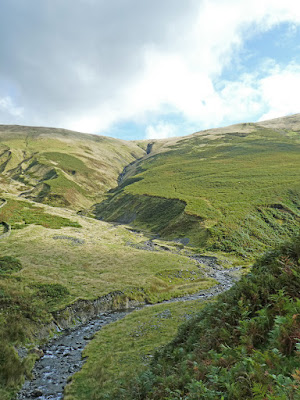 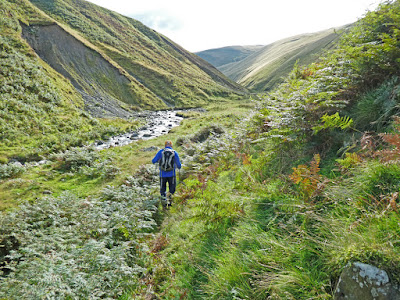 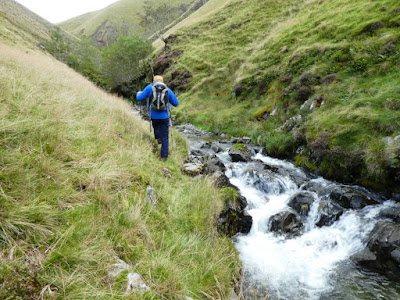 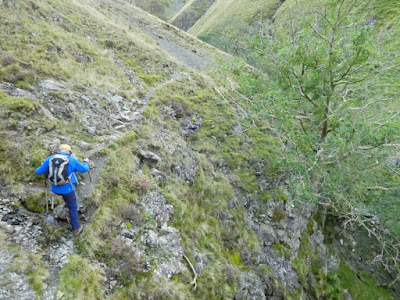 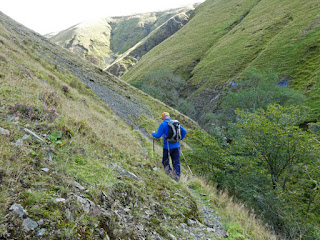 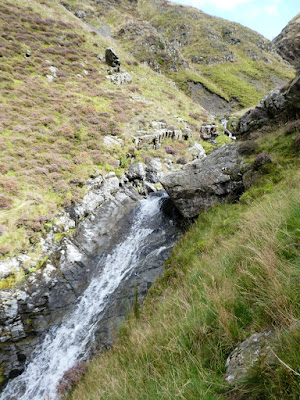 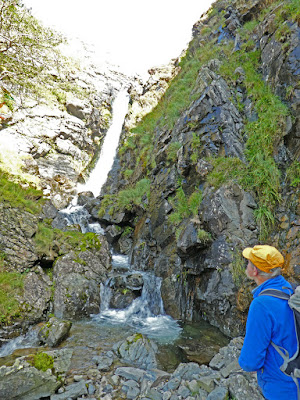 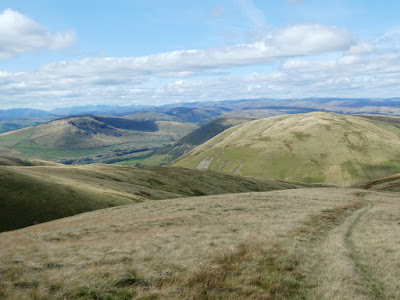 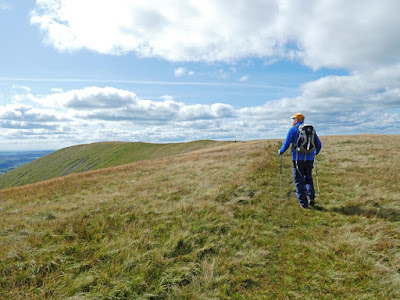 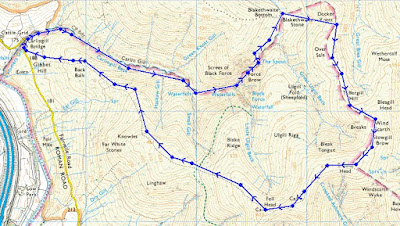