The Wolf Inn didn't do breakfast but the Wherry across the road did, and from 7:00 am.

My original plan was to walk 12.5miles to North of Belton and get a taxi to Great Yarmouth where I was booked into Weatherspoons then get a taxi back next morning to walk the last bit to the finish st Great Yarmouth.. I mulled this over in bed and reckoned if I could get sn early start I could do the whole 17 mile distance in one hit.

So I was marching off briskly at 7:20 am. The morning light on the Broads with cloudless blue sky is special and reminiscent of Cornwall and my walk down the east coast from Lowestoft.

Again  I had varied walking With shortish sections which maintains interest. I was anticipating possible refreshment at Somerleyton marina but it proved to be a bit run down but there were boats in use moored there and I happened on a couple, the gent sat by his cruiser fishing and wife watching on. I asked if there was a café. "No" she said "but I'll make you a cup of tea if you want." So I spent a pleasant quarter of an hour with my tea and comparing notes with Mrs. about our respective knee replacement surgeries - hers hadn't gone well. At least my reputation for getting refreshment handouts and the like has been shakily restored with only the one on this trip, but I have hardly seen any body during the whole six days walking.

I marched on through Belton and then  had high hopes for another marina north of Belton. There was a bar and I asked for a pot of tea but they could only do cups. My cup of tea was more or less thrown at me with floating tea bag and two of those awful little plastic tubs of something the producers have the audacity to call milk, and all that for  £2. I have taken to drinking tea neat on this trip if those revolting milks are the only option.

Just north of here was the junction where Plan A would have had me ordering a taxi and there was a signpost stating Gt. Yarmouth 4.5 miles. That seemed to pass quickly as I now followed the good path along  the edge of the now very wide Breydon Water. At the halfway mark I noticed, amongst other occasional litter a Costa coffee cup. Now I'be no idea how far it would be to the nearest outlet go buy that, but the only way you could get to that location is by walking at least two miles. I have had several disasters with lids coming off  or the cardboard getting squashed just getting from the counter to a table or out to my car, but to think of carrying one for two miles is mind boggling ( to me st least.)

Including stops for taking photos and twenty minutes for munchies it took me nine hours to do that 17 miles but I have saved a day having completed the Angles Way in six days walking. I am now booked in at Weatherspoons, but the snag is I bought fixed time split rail tickets for the journey home tomorrow and I csn't leave until 14:17 tomorrow. It has been a grand walk and it would be ideal to introduce somebody to long distance walking. 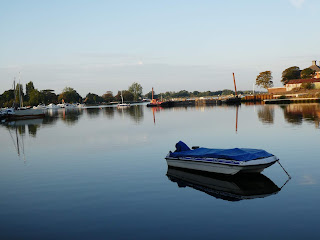 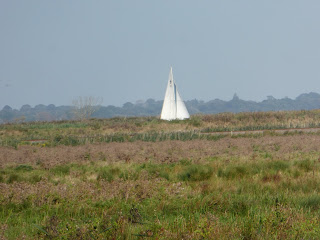 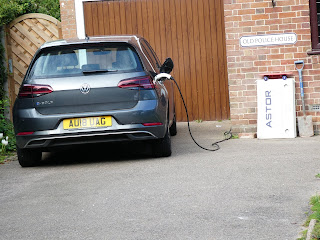 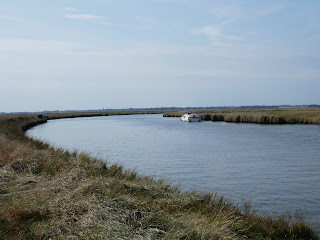