Last night in the Castle Hotel the ambience and furnishings were to a high standard. Food was excellent - seared loin of cod on a bed of artichoke hears and other secret ingredients with a subtle sauce and sauté potatoes, not to mention the starter and pud. BUT once in bed there was a noise from outside that sounded like the base beat of a distant disco. The low frequency was such as to have me conscious of my ear drums bring disturbed. It was impossible to sleep and more than that torture - it went on all night and I never slept. I complained in the morning and was told it was the equipment to keep the cellars cool - I thought cellars were cool more or less by definition? I was only speaking to the breakfast lady and nothing was achieved.

I felt quite sprightly after a good breakfast and trogged through varied scenery, now more pretty country walking than agricultural fields.

There are many kinds of stiles and gates encountered whilst walking. One that can be irritating is the swing gate in a triangular enclosure where often the apex of the triangle is too small to get through with a rucksack. One has to climb with both feet onto the opposing bottom rails to gain height and freedom for the rucksack. Full marks to one of that ilk encountered today, I could have walked through backpacking a walk-in-fridge.

Turnip fields no longer appear; turnips must be fussy about their locale. Ploughed fields were now the most evident. These fields really are massive and often like a crown green bowling green so you can't even see the other sides. They (not sure which They) inform me that modern tractors have GPS and I'm not surprised. I reckon if  Farmer Jones is out in the middle it will be like bring lost in the Sahara, and God forbid ( or whoever else is in control) that Farmer Jones breaks down out there- one can hardly call for Green Flag.


I watched two of these monster tractors at work, harrowing I think, but despite their size it was going to take them a long time to cover the huge field. They were trailing behind clouds of dust the terrain out here in Norfolk are very dry.

I am now at Weatherspoons in Beccles and from my memory of the Arthur Ransome books this is the first place that gets a mention; I think it is regarded as The Gateway to the Broads so I'm looking forward to tomorrow. This ha Benin a great walk so far. 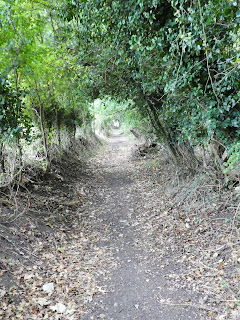 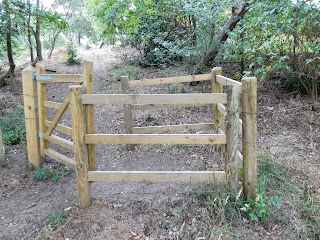 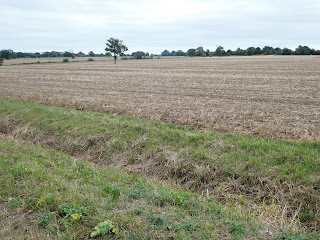 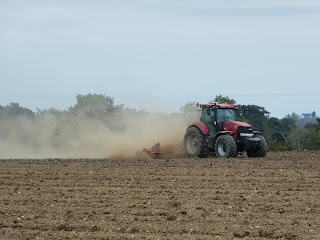