Here I am playing catch up again. Bowland Climber "discovered" this excellent long distance footpath and started while I was away walking the Angles Way. After this stretch I will still need to fill in the logistically difficult section from Dunsop Bridge to Wray.

I was able to drive to BC's and we then went in convoy to leave my car at my finishing point and then onwards to be dropped off at my start in Whalley. This was only an eight miler so I took my time and went for a bacon butty, and coffee in a paper cup. That belies the affluent mini-Harrogate style of Whalley, a target venue for fashion conscious shoppers. I know I could have found a more genteel coffee shop but I was not feeling fussy.

On the previous section I had viewed the splendid forty nine arch railway viaduct from on high above the town. Today I walked under the middle archway as I exited Whalley and saw close up the intricate fancy brickwork on a monumental scale. That was immediately followed by a contrasting iron girder footbridge over the River Calder on its way to joining the Ribble.

After a couple of mundane fields the scenery got better and more undulating with mainly good stiles and footbridges. The River Ribble was crossed by a new footbridge (April 2019) replacing its predecessor washed away by floods during Storm Frank in December 2015. The new bridge is comprehensively engineered and dominant in its landscape and may need time to mature more amenably with its surroundings. Whatever, it is a great bonus to walkers who would otherwise have a seven mile detour.

Paths and road took me into the attractive village of Hurst Green and Millie's Café. Cheesy scrambled egg on toast provided my third breakfast (I did have toast and tea before leaving home early in the morning.) The sandwich I had prepared was left untouched in its polythene box and was consumed next day on my resumption of the route further north with BC.

Stonyhurst college environs lead to the long driveway to the huge impressive house, now a well known boarding school. Conan Doyle and Charles Laughton were both pupils amongst many other notables.

At Stonyhurst Park Golf Club  I photographed a commemorative plaque that was difficult to read. I have transcribed below with its eccentric use of capitals and unanswered questions. There is obviously a connection with Stonyhurst College who have a similarly puzzling motto: Quant Je Puis (As Much as I Can.) There are explanations that elaborate on this making a bit more sense, but I wonder why some of these so called mottos are so abbreviated. At Bradford Grammar School the motto was Hoc Age which as far as I understand translates as the puzzling "do this'."

On behalf of his grandson

The reference: S.P.G.C I am fairly certain refers to Sundbridge Park Golf Club, Bromley. If you want to Internet search you will open up the interesting world of of this prestigious golf club and its membership etiquette.

I trudged across the golf course in mortal danger to exit by an obscure little path down the side pf a green to woods and footbridge followed by a steep climb out.

Passing into wilder country I saw the white rump of a deer disappearing into woods then came across the doomy looking Greengore, a Grade II listed 15th century building  originally the Hunting Lodge for the nearby Stonyhurst Estate. Henry VII is reputed to have dined here when hunting deer in the adjoining park, I can't imagine that having been much fun, especially when returning for the evening to this dark and gloomy residence. By the way, the deer I saw earlier was not being chased by some Tudor gent on a horse.

I was soon back at my car after yet another section of this varied and interesting well plotted route. 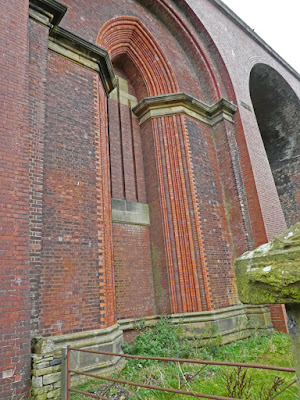 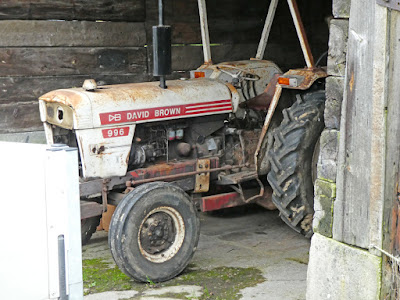