There is something I have tried to explain to others but never quite seem to get across. If I have a concept or notion I want to convey I see that as a sort of composite bubble in my head which contains that entity, but with no specific words. It is like the atom before they discovered there were many other components inside. One then has the problem of trying to translate that bubble into words and some are better at it than others - I try my best and often wrestle.

I have a particular personal example: trying to express the contents of the bubble that contains my motivation, enjoyment, feelings, and satisfaction in solving challenges for a multi-day long distance back packing trip. That bubble also includes hopelessly undefinable ambience. I will call that Bubble One. All of that is totally different from the contents of a bubble that contains the components and specific ambience of a linear or circular day walk. I will call that Bubble Two.  The two  are distinctly different in my head.

The above thoughts were initiated during today's walk which for some reason seemed to relate more closely to Bubble One than many recent day walks. I could analyse that to some extent but suspect that I would not end up with something satisfactory and I question myself as to whether it really matters anyway. Perhaps that will keep for another day when I have marshalled my thoughts more clearly.

I parked on the grass verge of the  A683 a few yards south of Burrow Bridge which spans Leck Beck running in lively fashion from Leck Fell with all its nostalgic potholing associations. My car was in full view on the A 683 and I worried about returning to a scene of broken glass, but all was well when I eventually arrived back.

This Sunday morning at 9:00 am the motor cyclists bent on early morning clear roads were tearing past in groups at suicidal speeds - the roads in this region have sweeping bends one after another that have attracted these aficionados for years - each to their own.

I crossed over Leck Beck and was soon onto farm lanes and footpaths following the line of the beck to Cowan Bridge where the Bronte sisters were at school. The walking had been interesting and varied all on good surfaces. A short walk south-east on the A65 and I branched off to cross three fields to gain a left turn over a stile into a lane. The lane was choked waist and head high with trees, grass, brambles, and nettles. I tried for about ten yards and gave up and climbed over the wall into the adjacent field. At the field boundary the wall was high and protected by barbed wire. I turned right and followed the wall to the next boundary and then right again to the next before I could find a place to climb the wall without ripping my clothing then retraced my route to be able to get back onto the original public footpath after it had emerged from the end of the choked lane.

At the farm marked Collingholme on the map I met a couple in the their garden who are the owners of Castleberg Outdoors, a splendid privately owned, old established, outdoor shop in Settle - worth a visit:

Further varied waking and a feeling of liberation and enjoyment had me arrive at Tunstall Church which provided good seating for my midday snack and coffee and use of the timer on my camera. Here was the grave of one Harold Spencer Churchill (1932-1998.) Of course I thought I had discovered some connection to Winston but subsequent Googling failed to produce any reference to this potential imposter.

I came out onto Woodman Lane where I walked with Pete back in July 2018 and noted the following:


Rest Harrow Equestrian looked impressive - a newly built complex for horsey people with an unbelievable list of facilities including:

If I were a horse I would want my owner to have me stabled there.

Today as I passed there was a large FOR SALE sign on the closed gates.

Woodman Lane emerges at The Highwayman - a favourite good eating pub but sadly closed with a single car on the large carpark.

I had not the slightest feeling of tiredness after six miles of throughly enjoyable walking. 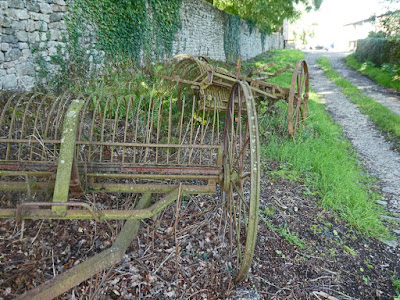 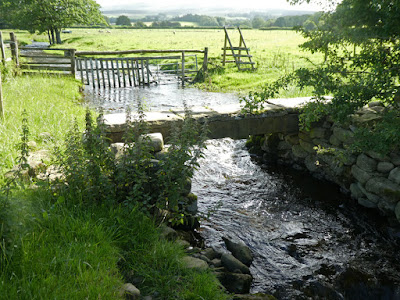 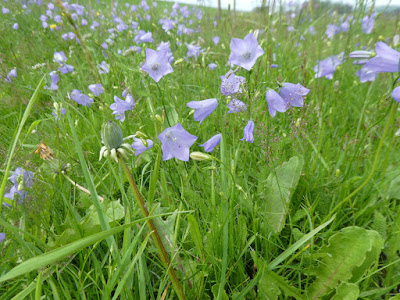 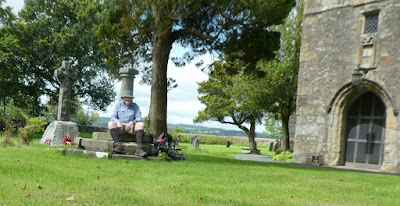