A TV pot-boiler
Just watched a documentary which promised to offer mind blowing revelations of the latest scientific analysis from the remains of the Marie Rose.
After stringing us along they concluded that just one of the skeletons MAY have been of North African origin. Why that was so staggeringly important I don't know. The narrator was telling us that it was assumed the population in Tudor times was one hundred percent white. Much other evidence from other documentaries has informed me over the years that we were trading goods with countries from far afield before the Romans came so it would be almost certain some had stayed around and settled. Now we were told that on the evidence of this one skeleton they were surprised to deduce that the Tudor population may have included black people.
The programme was even more irritating for having that pointless resumé after each set of adverts. Why do we, who have made the serious commitment to watch this programme, have to suffer the mollycoddling of some idle channel hoppers who decide on a whim to come in part way through and be spoon fed like spoilt brats?
Having assumed on some dubious evidence that their single skeleton may have been the ship's carpenter they dredged up a name and set on a professional genealogist to try and trace living relatives down seventeen generations. After the male line ran out she continued down the female line and eventually doubtfully identified two hapless present day sisters and dragged them off to Portsmouth without telling them why on a surprise trip to show them all at the Marie Rose museum.
The final reveal with the blanket being withdrawn from the reconstructed head based on DNA evidence looked only vaguely African and then further debunked by having the wrong coloured hair, thereby dashing the fervent hopes of the presenter of seeing a totally black African. It was lamely admitted that this person was probably descended from African roots some generations back. I'm still not sure what conclusion this programme thought it had arrived at.
--------------------------
Katie update
After months of Lockdown and only brief encounters with daughter and granddaughter we had an outing together on Sunday and that was most pleasurable.
A few posts back BC hauled me over for missing out on visiting the trig on the little hill above Heversham so we put that right. The view of the Kent estuary from there is one of the three best views I have nominated within my domain. 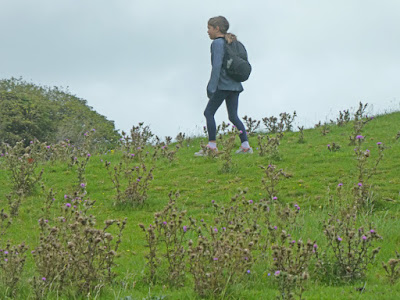 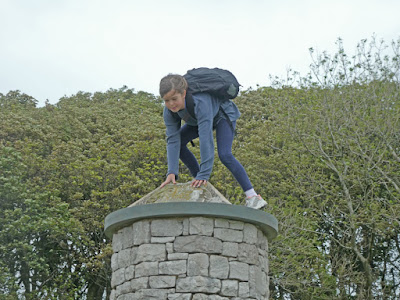 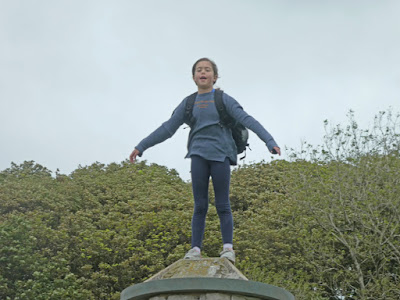 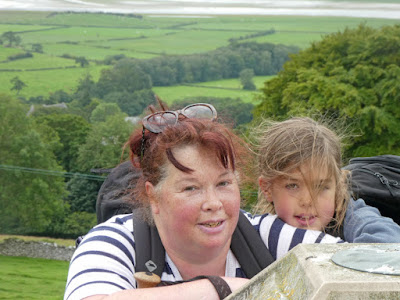 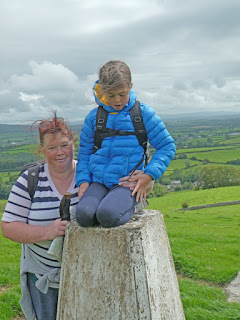 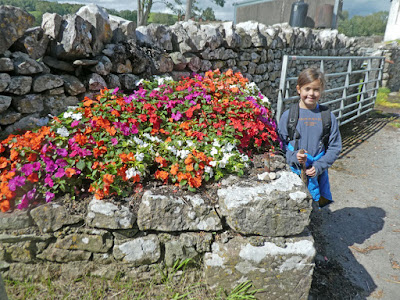 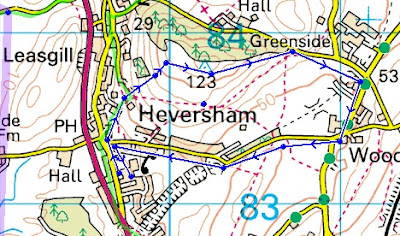