Middleton to Salford Quays - about 11 miles - Sunday 30th July
Rain,rain,rain. It was heavy and none stop until 12:30. The new Mountain Warehouse lightweight waterproof withstood it all at less than half the price of most of the well known brands. Apart from that it is well designed with good zips and it is long enough, and roomy enough to cover my waist pouch and camera. Everything remained dry.
Initial walking was through wooded trail paths and then crossing th M60 motorway. From there it was mostly Tarmac through endless inferior housing estates and then onto busy big city roads, but always things of interest to see.
I have now found an up-and-coming rival for discarded Lucozade bottles, the most frequented litter item. The newby is (or are) what I presume are the three inch metal, silver coloured mini gas bottles from the vaping addicts - not a good way to minimise criticism of this new disgusting phenonemum. I mentioned the plural because they often seem to be thrown down in groups of two or three or four which is a bit of a puzzle. I despair of the litter problem, it is an ever increasing rampant blight on our towns snd countryside.
I took no photos until the rain ceased which coincided with a tea and cake stop at a jolly but down market café on the edge of a housing estate.
I have just finished eating at the Travellodge, Salford Quays. I enjoy their common sense budget price policy but still providing good quality and cheerful service.
After an hour and a half of intensive internet work I have managed to book the next two nights ahead. All goes well, and I'm proud of keeping my powder dry today. 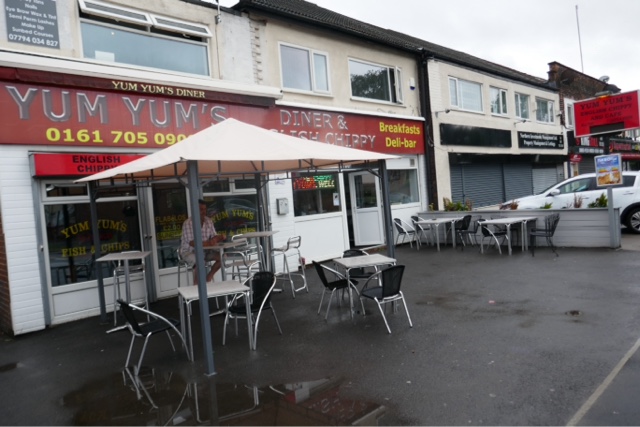 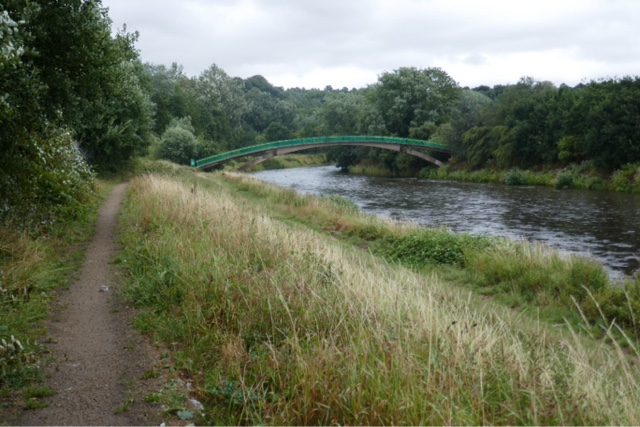 The start, over the bridge, of  The Irwell Sculpture Trail as named on the OS map, not a sculpture in sight. 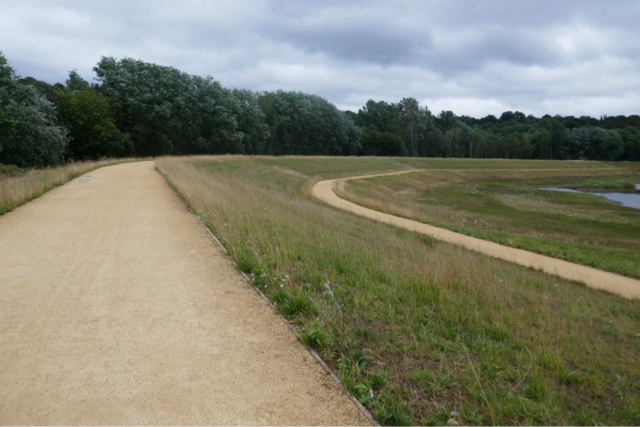 The artless trail - I was so looking forward to a bit of culture. 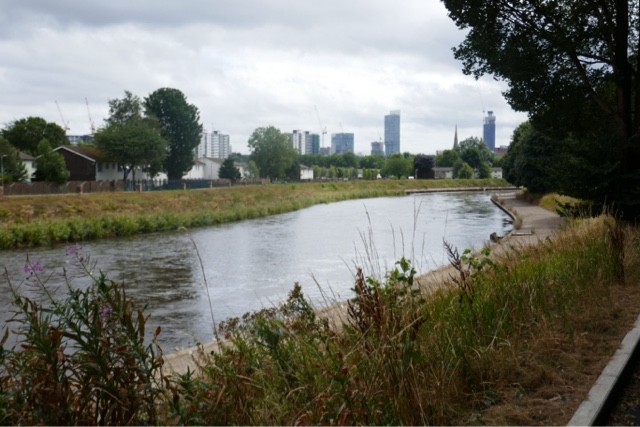