Monday 30th July - Salford Quays to Thelwall - about 15.5 miles
Self service breakfast at Travelodge made for an efficient early start - walking by 7:30 - I was marching
down one of Manchester's main thoroughfares with hundreds rushing to work well beyond the speed limit and interspersed with blue flashing ambulances and unmarked police cars..
Careful scrutiny of the OS map got me to the canal properly. Was it last year, Bowland climber snd I finished off our undone part of the Cheshire Ring Canal walk, and I seem to remember us having some difficulty around here.
During my four kms or so on the canal I must have met head on well over a hundred cyclists presumably commuting into Manchestre for work. Normally leisure cyclists give one a hello but that was less than one in twenty today - shows the difference in the mental state between work and leisure I reckon - perhaps a subject for an aspirant PhD?
Lanes enclosed by high hedges prevented any views, i was following perhaps the Pennine Trail which I certainly did further. At the underpass for the M60 ( SJ 784 936) I encountered the highlight of the day.. The underpass is around fifty yards long. It consisted, one hundred percent, wall to wall of slimy, black, five inch deep, liquid mud. It took me quarter of an hour, suction trapped step by suction trapped step step.That is one of the most disgusting experiences ever. Later on at an equestrian centre two very young horsey girls let me use their hose pipe. I stripped off shoes and socks and did my best to clean up. My originally brown trainers remained black, stained by that evil gunk. Later at my Air B and B I prevailed on my host Julie to wash the socks for me.
A bit further on, with Himalayan Balsam on both sides I encountered a sickening smell and I was on the verge of wretching, and gasping for clean air. That prevailed for a few hundred yards. Looking at the map I saw there was an adjacent sewage works.
I had made good time (for me) on easy walking and arrived at my excellent Air B and B at 4:30 after a long trod down the disused railway forming part of the Pennine Trail.
I am now eating at The Little Manor - a bit up market and my first blow-out of the trip. I may say more tomorrow, but time has run out. 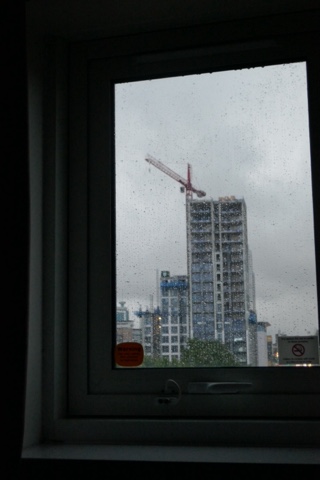 From my Travelodge window 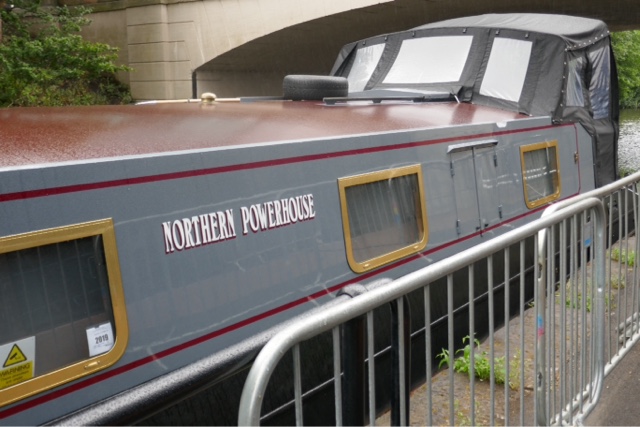 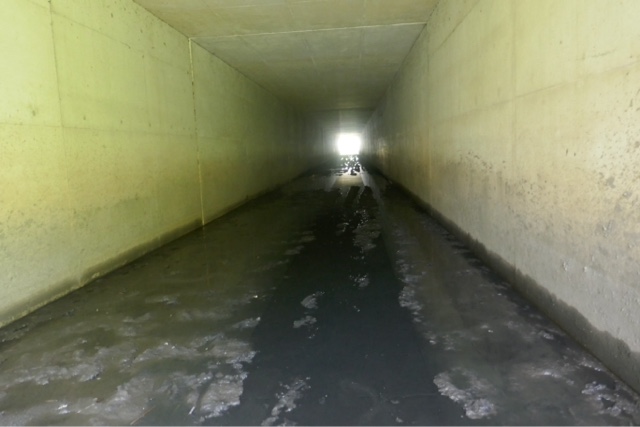 The disgusting underpass for the M60
Posted by Sir Hugh at Monday, July 30, 2018